In addition to its default video resolution of 1080 HD, the Canon M50 can also shoot video in 4K. Unfortunately, 4K is limited, making it unusable for some users. In this article, which is part four of my M50 video guide, I’m going to explain the limitations of 4K and show you how to work around those limitations to create higher resolution video.

Limitations of 4K on the M50

When selecting a video resolution on the M50, you may be tempted to pick 4K because 4K has twice the resolution of 1080 HD. Unfortunately, there a couple of limitations with 4K on this camera.

One, 4K uses contrast-based auto-focus, which isn’t as fast or responsive as the dual pixel auto-focus in 1080.

To illustrate the crop, see the composite image below. This image includes two videos shot in 1080 and 4K using a Sigma 16mm EF-M lens. The darker image underneath is shot in 1080. The brighter image on top is in 4K. You can clearly see how much of the original image is lost because the 4K video is cropped by a factor of 2.56x. That crop effectively changed the focal length of the 16mm lens to 40mm when shooting in 4K.

So is 4K a lost cause? Not entirely.

That 2.56x crop can be used creatively because it brings a distant subject closer. So if your shot looks a little too wide in 1080, switch to 4K and the crop may help improve your composition.

Additionally, remember that 4K has twice the resolution of 1080, so when editing in post you can punch-in and crop 4K video even more on a 1080 HD timeline.

But for most users, the 4K crop is annoying. Thankfully, there’s an accessory you can pick up which removes the crop and makes 4K video on the M50 appear almost exactly the same as 1080 HD.

That accessory is the Viltrox EF-EOS M2 Speed Booster. I briefly talked about this adapter in part two of this video guide, because it can be used to attach full-frame EF mount lenses to the M50. But this adapter actually does much more than that.

What the Viltrox does is demagnify the image before reaching the sensor. It does so using a special piece of glass inside the adapter. This demagnification process has three benefits.

One, when shooting in 1080, de-magnification makes an EF full-frame lens look like a native EF-M crop-sensor lens, with little-to-no difference in focal length.

For example, the images below were shot using the Sigma 16mm EF-M lens and the Sigma 24mm EF lens mounted on the M50 with the Viltrox Speed Booster. The focal length isn’t exactly the same, but it’s very close.

(By the way, if you want to do a similar test using a crop sensor EF-M lens and a full-frame EF lens, simply multiply the focal length of the EF-M lens by 1.6. That will tell you which EF lens has nearly the same focal length.)

The second benefit of demagnification is when shooting in 4K. In this mode, the Viltrox squeezes the image into the middle of the sensor. Then when the M50 applies its 4K crop, only blank space is removed. The 4K image now looks normal — almost exactly the same as 1080! The image below demonstrates this with a demagnified 4K image on the sensor, followed by the final, cropped image.

The third benefit of demagnification is the fact that one additional stop of light is magically added to your lens. In other words, an EF lens with a maximum aperture of f/4 would then function with the Viltrox as if it were f/2.8. An f/2.8 lens would function as f/2. And so on. This means the Viltrox can improve lenses by contributing more light, which translates into lower ISO values and improved low light performance.

An important thing to know about the Viltrox Speed Booster is that this adapter is only compatible with EF, not EF-M lenses. You can’t use the Viltrox and an EF-M lens to remove the 4K crop. Additionally, the Viltrox does not change auto-focus. Autofocus is still contrast-based in 4K, not dual-pixel.

So by now, you may be wondering, is the Viltrox Speed Booster and shooting in 4K on the M50 worth it? As good as it may sound to remove the crop, and increase the effective maximum aperture of a lens, is the resulting image noticeably better than 1080?

This is obviously a subjective call, but in general, 4K does produce a video with improved clarity and sharpness, especially with fine detail. But — in my opinion — it’s not dramatically different than 1080. It doesn’t make the M50 suddenly look like a high-end video camera. 4K on the M50 is simply a slightly higher-quality version of 1080.

Also, don’t expect an EF full-frame lens to look dramatically better than an EF-M crop-sensor lens. This obviously depends on which lenses you use, but in my opinion, they’re not that different.

Alright, so some final thoughts to summarize.

Does the Viltrox make 4K on the M50 usable for vlogging? Well, perhaps. If you have a lightweight, wide-angle EF lens that supports auto-focus, then yes it’s doable. But the camera will be heavier, and as I said before, remember that the M50 uses contrast auto-focus in 4K, not dual-pixel, so you’ll have to put up with slower, less responsive auto-focus.

Does the Viltrox make 4K better for shooting manual focus b-roll or general-purpose video? Yes. I think this the strongest use case for the Viltrox, because it does improve image clarity and sharpness, and again, you have more flexibility with that 4K footage in post when downscaling for a 1080 video.

So overall, I think the users who would benefit most from the Viltrox Speed Booster would be people who already own EF lenses and want to get sharper, more detailed video out of the M50 by shooting in 4K. If you don’t already own EF lenses, I personally think you’d be better served waiting for the next generation of Canon EF-M cameras, which hopefully will remove that crop in 4K, instead of investing in full-frame lenses and adapters.

The video version of this article is embedded below.

An important point when watching this video — I accidentally included EF-S lenses as a supported lens type for the Viltrox. That’s not true. Only EF lenses are supported by the Viltrox Speed Booster.

For more, check out the rest of the Canon M50 Video Guide.

How to See and Photograph 'The Wave' 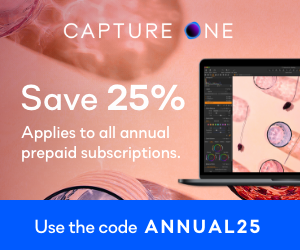